In 1999, the graduate students of history, under the direction of Dr. Ann McCleary, Professor of History and Co-Director of the Center for Public History at University of West Georgia, pursued a project called Villa Rica Mining Heritage Park, “The Dream of Gold.” There was a massive amount of time and research undertaken by many people to produce this document. This document assisted the City of Villa Rica in understanding the significance of the rich history of the parcel of historic land the city had received from Mirror Lake Development. At the beginning of this 70+ page report, special thanks are given to 3 people: Carl Lewis, Monroe Spake (Mayor of Villa Rica), and Paul Saudi (City Manager). I was told the original timeline of Pine Mountain Gold Museum was based on Dr. McCleary’s research project.

I spoke with Dr. McCleary today to ask her permission to use her copyrighted document as the Friends of Stockmar Park pursue the journey of maintaining the history of Villa Rica’s most important asset. Dr. McCleary was very gracious in allowing me to share it with you and asked only to be credited for her works.

I am not a historian, just a humble storyteller. The following is a very simplified version of the past to give you an idea of what an amazing little piece of Heaven the citizens of Villa Rica and Douglas County have in Stockmar Park. I maintain Carl Lewis’s journals going back 30 years and my own journals going back 10 years. Our documents and artifacts go back to the original era of the Native American inhabitants. Although this short summary is told in my own words, most of the history you read here is taken from Dr. McCleary’s work.

The history of this area begins with a timeline of 10,000 years ago and describes the various Native American inhabitants. Many of these artifacts can be found in the first display case as you exit the theater of the Pine Mountain Gold Museum through the mine tunnel created by Douglas County artists Laura Wren and Ann Cockerill.

Fast forward to 1826 and the discovery of gold on Pine Mountain. These are the old stone mining ruins you see on top of the mountain in Stockmar Park. Early mining came and went through the years. The Stockmar family was involved in the mining through the years but after the 1930s, mining was largely ended in the area.

Fast forward to the 1940s. H.A. (Buddy) Stockmar decided to turn the property into a dude ranch and personal flyer’s paradise. He called it “The Flying S Ranch.” There were wagon trains, trail rides, a landing strip, a hotel, and the dam was built to provide a lake (currently Mirror Lake) for seaplane landings and guests.

In the 1990s Dodgie Stockmar reopened, “a portion of the land and allowed visitors to try their luck at striking it rich.” Dodgie and his friend Carl Lewis built a small museum on the property to display mining tools, gemstones, memorabilia of the Stockmar family and toured groups around the small museum and the property. Any gold found belonged to the visitors to keep and any artifacts were donated to the small museum for others to enjoy. At this time, Carl Lewis and Dodgie Stockmar met Danny Wilson. Danny Wilson spent years combing the Stockmar property with a metal detector to add to his already extensive collection of Native American, Civil War, and other historical artifacts that had been on loan to different museums. When the Villa Rica museum was built in 2008, Danny Wilson moved his Stockmar Collection from the West Georgia Museum in GA to the Pine Mountain Gold Museum.

In 1999, Dodgie Stockmar sadly passed away due to an airplane crash. He left all of the Stockmar family’s artifacts, gold, memorabilia to his friend, Carl Lewis. In 1999 the area known as Stockmar Park was donated by the Mirror Lake developers as a passive park to the City of Villa Rica in exchange for “in-kind services and considerations.” Carl Lewis, an entrepreneur in his own right, applied for a job as a meter reader with the city to be close to the property which had become so close to his heart.

The city did nothing with the property and the park stayed overgrown, periodically cleared by Carl Lewis and others who cared about the history. In 2008, due to the efforts of our current Mayor Jeff Reese (then Director of Parks and Recreation), a building was erected to display the many items (most of which belong to Carl Lewis and Danny Wilson) that told the story of the property. Due in part to Dr. McCleary’s research, Mayor Reese applied for and was awarded, a place on the National Register of Historic Places. Pine Mountain Gold Mine and Stockmar Gold Mine are the names on the Register. The Areas of Significance which allowed the property to be included in the Register are “Engineering, Industry, and Settlement/Exploration.”

Carla took these pictures of the old fishing camp ruins on March 4, 2009.  The ruins are still in the woods around Mirror Lake. You can see the signature “T-blocks” which were fabricated at the Stockmar Gold Mine.  The “T-blocks” are on exhibit in the Pine Mountain Gold Museum.
Please follow and like us!

Buddy and Vera Stockmar relax with three young boys on the porch of their home near Villa Rica, Georgia, August 11, 1946.

“Mr. and Mrs. Stockmar on the porch of their home atop a gold mountain near Villa Rica. The boys are Cammy Candler, Dodger Stockmar and Sonny Counts”–Newspaper caption attached to verso of print. “Photo C page 5 aug. 11 Atl. Jour.” (Inscribed with pencil on verso of print)

How easy to imagine a day in the life of the Stockmar family.  They were sitting on the patio (atop the carport) playing with Dodgie and the neighborhood kids and looking out over 1,500 acres of their farm.  You can still sit there, but what you see is the Mirror Lake subdivision and what is still referred to as “Lake Valdomar” on the gold maps. 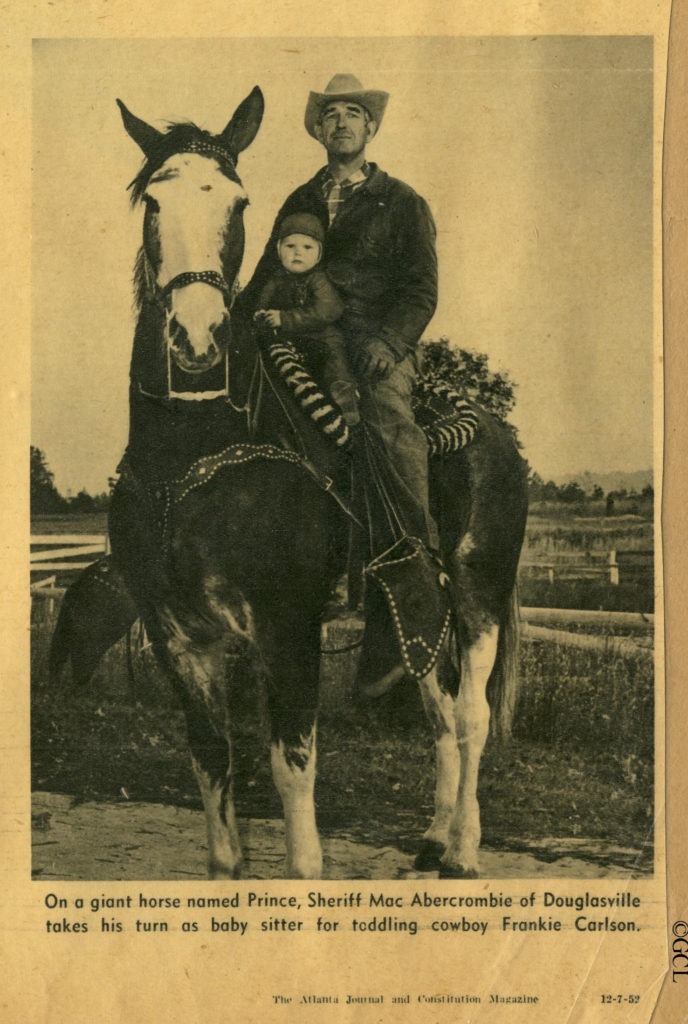 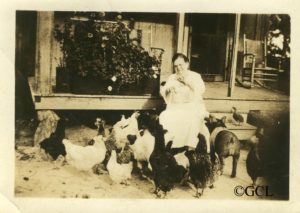 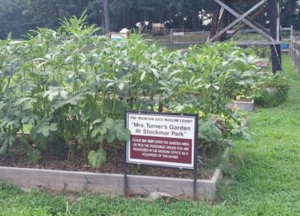